Glowstone is a minecraft server written from scratch, in java, implementing the bukkit api.

While my original interest in minecraft development was focused in implementations that aren't java, the progress of the development of those was... sad, to say the least. As the years passed, I realized java isn't too bad, it's just mediocre. Some time ago, there was some drama, and craftbukkit died. Glowstone, which mostly attempts to be a drop-in replacement for it, got a lot of attention and contributions. I joined in. It's been fun.

My code contributions to glowstone by language 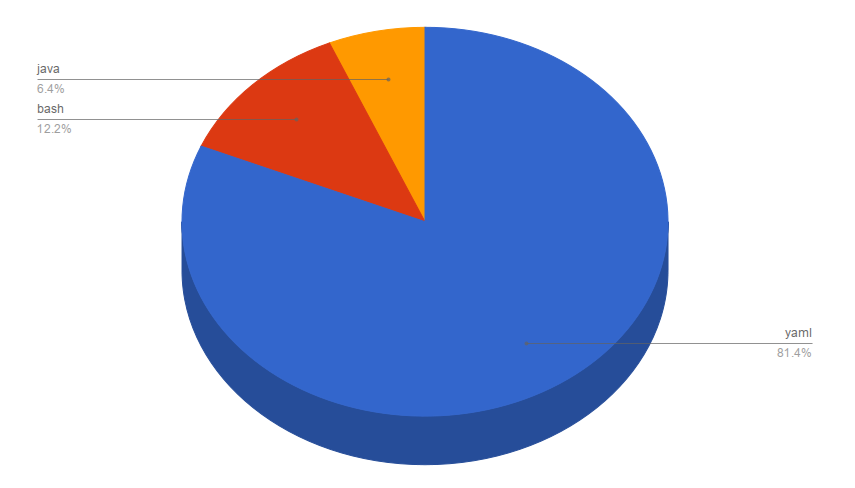 Proportions based on diffstat lines according to this command in current master:

Maybe I'm still not into java too much.