yesterday was a nice day.

(i didn't take many pics because phone battery was low, had to get creative to make these few look decent)

there was a general strike by several worker unions, including the transportation one, so that meant most people couldn't go to work, and streets were quieter than usual.

it was a tuesday that felt like a sunday

sometimes it really doesn't matter what the answer is, i guess.

yesterday i decided to ask that question literally

i already had plans to go run somewhere. anywhere.

i like running. i don't do it often, or at least not often enough. it just happens when i feel like it.

i try not to think too much of its importance, although i do feel i need to do it at least once every two weeks. like... breathing in a different timescale, if that makes any sense.

running is probably very meaningful for me but i keep its meaning undefined.

in fact, i think giving it a meaning would remove a great deal of its power.

it was a beautiful day outside.

the kind of beautiful that makes me think "my phone sucks at taking photos, nature is just too perfect to be captured like this"

i usually don't want to interact with people when i go run.

people, and social interactions in general, tend to come with attached emotions. those can be annoying.

i usually do decide to go run when i want some peace, or some distraction, or just clean my mind for a while by getting so physically tired that my brain doesn't bother processing as much noise.

when i left home.

i noticed it wasn't as quiet outside as i expected. in fact, there were a bunch of cars. the only thing missing was public transportation. i guess people still needed to get to work.

i took an alternate path.

not that i really had a place to go, i just happen to have a path that i take more often than usual, useful when i'm interested in measuring my own resistance (which i'm not very proud of. i really should run more often)

the guy with the form.

a few blocks in, through some streets with almost no traffic at all, there was a guy ringing the bells of every house trying to convince them to buy some sort of membership card for some store i never heard about.

i stopped to decide in which direction to continue running and he called me... and started trying to sell me that thing.

i had no hurry to go anywhere so i listened to him.

i had to tell him that he really didn't need that thing at all, then he suggested to just fill the form to help him with his job and that i could just ignore when they offered the card to me.

nothing to lose, other than time, which doesn't matter, so i did.

there was some fear that i might be doing something extremely stupid. who knows, maybe it was.

simulation of a prediction of negative consequences.

fancy name for what fear means to me.

an operation that is awfully expensive (as in computationally expensive, but in my brain)

"what's the worst that could happen?" is a cute sounding question that can be interpreted as suggesting that "the worst" is an unlikely scenario, encouraging to go ahead and try something.

answering that question by removing the positive elements, trying to imagine ("simulate") "all" the possible outcomes, where "all" is actually strongly negatively biased, is a terrible plan. and i call it a simulation, but it's not as isolated as the term may imply.

(note, the negative bias also applies to the way i do my self criticism, amplifying vague not-fully-conscious thought anti-patterns into something as concrete as what's shown above)

after i was done with that, i kept running in some other random direction.

i went to the train station, just to see everything closed. well, the part with the trains was closed. this particular station has a nice lobby room, and some people were there for some reason.

one of them saw the bottle of water i was holding and asked for some. i didn't understand what he was saying at first, had to ask him to repeat three times...

there was a bit of fear, too, but i think i identified it and reduced it significantly.

i guess it's working? 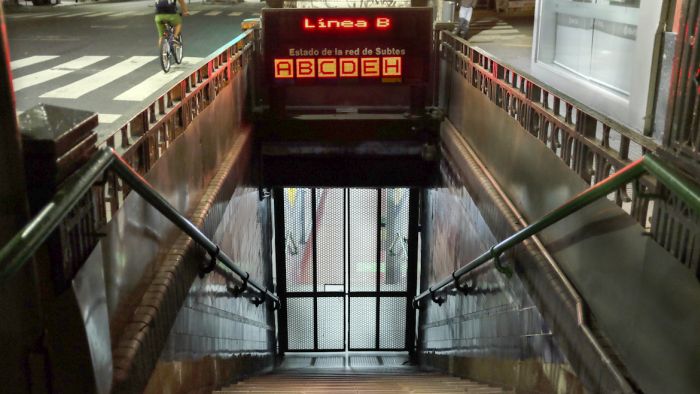 (not a train station, not even close, i just ran out of pics)

a bunch of mundane-looking things happened, but made that run seem unusually eventful

one of those things was going to a small park near the train station and sitting in a bench. or at least that's what it looked like, from outside. probably.

and that's all it should have been, but my mind kept considering any noise as signal, and processing that signal as a source of fear.

i spent like, what, 30 minutes there? doing nothing in particular, looking like i was relaxing, while my mind wasn't very relaxed because i heard some footsteps.

identifying those anti-patterns was an interesting process. they were 30 minutes of becoming aware that i was thinking terribly inefficient things, and trying to put some control over them.

how not to be seen. 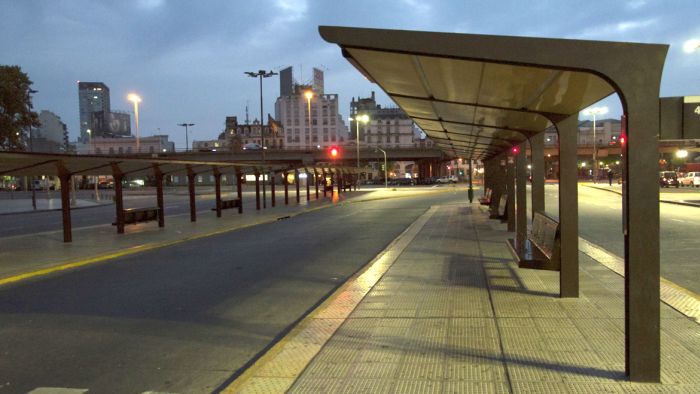 someone had thrown some garbage in the middle of that park.

it bothered me. i thought i could pick it up.

however, that thought was quickly followed by another thought of "don't bother".

i questioned myself on that and got a few excuses.

i questioned those excuses until i got a moderately convincing one, along the lines of "it looks like it would make a worse mess to move it around, really, don't bother"

i was about to let that argument win when i suggested "how about just walking through there, do everything as if you would pick it up, but don't actually grab it?"

the answer from the other side was "FUCK NO"

it really was just fear of being seen.

the self-questioning from the previous section actually took an embarrassingly long period of time, mostly because it was mixed with unrelated thoughts that wanted to avoid making a decision on the topic

deciding on 'yes' or 'no' is hard, so letting time pass often provides a fallback solution.

often a highly undesirable solution, too. but a result was achieved without making a decision, so that counts as a win anyway right? right??

in practice things don't "solve" themselves like that always. some things will just remain there, bothering me forever (either in my mind or in reality), or until i make a move.

i think it was great to have something so unimportant to have these thoughts about.

it's a common anti-pattern for me, but it usually applies for things where the pressure to make a decision is more real but consequences are still unclear (doesn't help that i'm terrible at estimating those too) 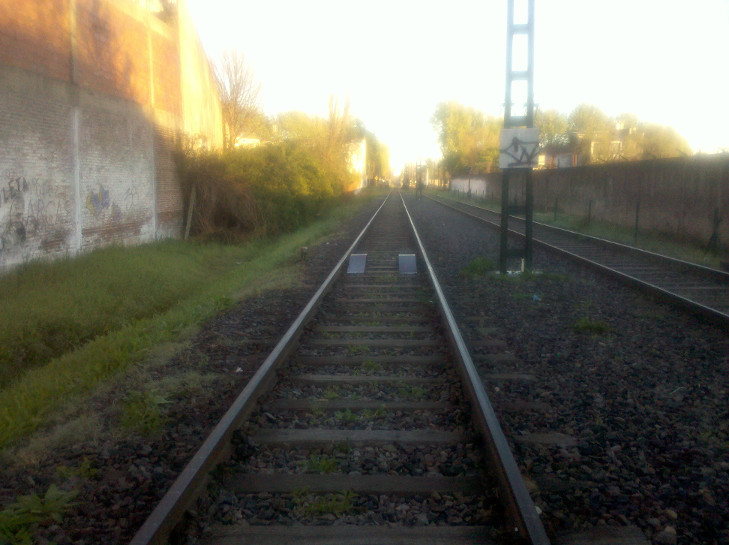 so, there were no trains, and it was time to go back, so... i decided to make things more interesting by walking home over the train tracks.

it was something i really wanted to do many times in the past, but didn't do it out of fear of being seen. people could THINK THINGS. that would be TERRIBLE. you get the idea.

so i decided to challenge that by doing it. it was fun.

there was some fear too, which i tried to keep in control, but some of that simulation-of-prediction-of-negative-consequences definitely happened.

my main fear wasn't the train tracks themselves, or stepping in the wrong place, which was something i could 'control', it was just the usual fear, and i was doing a decent job at reducing it.

but what really turned out to happen was something i did not predict: after having walked 500 meters or so, the police showed up, and told me to stop doing that "because it's dangerous".

i really must have looked like an idiot with my huge smile because i definitely didn't see that coming and i found it hilarious how the fear i was trying to supress missed this possibility completely.

as if the predictions i do with that fear were pointless to begin with.

and even though i just had a new definition for "worst possible scenario", i actually enjoyed it a lot, and it was much more interesting

i guess anywhere is fine.

as long as i make a move.